The conversation started about food.  I mentioned that since moving to the city I could tell that the food I was eating was making me feel horrible and I'm putting on weight.  Remember, for years I lived in a rural community and was able to raise some of our own meat supply and had some locally grown produce.  All meals were cooked from scratch with the basics of meat and potatoes.  Now my meals are often fast food or processed food.  It meets the budget and the schedule but I often have cravings for good pot roast with gravy and mashed pototoes.  As we continued with the conversation it came back to my desire to get back to "living off the land".  I had not reached my goals yet but miss so many things about the lifestyle I loved and take each step forward hoping it will lead me back.

In 1988 when I first moved to the rural community I would take walks and everywhere I went people would wave at me.  It was so strange after living in the Seattle area all my life.  Seattle is also a very friendly city but not nearly as outgoing as what I was now experiencing.  I would smile and wave back all the while a little puzzled.  Grocery shopping was also a bit strange.  Whenever I shopped people were stepping aside moving out of my way.  It took me a while to realize it and then of course I wondered why.  After consideration I laughed when I realized that I approached my grocery shopping like a mad woman on busy mission.  Others sensing my hurry would give me room to zip down the isles.  I slowed down after that and started to move with the flow of shopping cart traffic.

Many had moved to the community around the same time I did.  There was a new emphasis on self-sufficiency, homeschooling, and everything country which I didn't know was happening as my move had been made purely for economic necessity.  More on this story in previous posts and the In The Trenches book.

After the food conversation and my recent trip back to the area my mental engine and longing has been revved up.  Everything in the news indicates that that there are very good reasons why one might want to be out of the cities now or in the near future.  Just out of curiosity I checked realtor.com to see what a five acres and a home would run.  Notice that I like most country people list the acres or barns first and the house is a bonus to the deal.  In many rural communities the homes are 100 years old.  Of course they have the new homes and even mansions but they are far from the track homes of America suburbia.

My search only had 2 criteria:  Over 5 acres and under $150,000.  The reason 5 acres was chosen is that this is the typical amount needed to be self-sufficient in being zoned for and raising ones own food including beef.  Some get by with less if they raise pigs but as I am not a pork eater for many reasons this is not a consideration for me.  I have raised beef for meat and dairy, goats, sheep, and poultry.  Horses were also on the top of my dream life list so pasture was an important priority.

I choose $150,000 because although there may be places much less expensive they typically may need much more sweat equity even to basic systems which may be more than most would want to take on.  My own place was $43,000 years ago but that was my no running water story.  Most would not consider it.  By now some of you may have visions of the homestead act and be familiar with the phrase "40 acres and a mule" solution of yesteryear and that is exactly the idea but geared toward modern know how. Most of us would be dumbfounded at the idea of hitching up a plow to begin a self sufficiency lifestyle though I for one would definately apply if the opportunity came up in certain parts of the country. 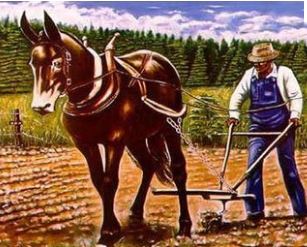 A couple things about my quick search that should be mentioned:
I have not seen or inspected any of the properties so cannot warrant their condition in any way.
Personally I would not buy a manufactured home since it is a depreciating asset but they are very popular because many are more concerned about newer than long term appreciation.  Financing is also very different.

Prices can vary much up or down depending on location in the country and all the features
Typically months have been involved in any property search I have been part of to compare prices, features, and benefits of the specific piece and the area.

I say all that only to say that I did this for fun and information not to present my best pick for an area.  Readers of this blog live all across the country and even the world and are in different financial situations so no one piece of property would be relevant to all.  You can use the realtor.com link to play around with this yourself.

One thing right off the bat I need to say about almost all rural property.  It does not have city water or sewer.  To some that might be obvious but to me it was a complete shock.  Wells and septic systems are the norm here and the first thing to learn about.  It's fun to study the incubation of chickens but quite another to spend thousands of dollars to replace a well or septic that does not function properly.  It is especially a headache if one has never heard of such a thing.

So just for a time of playing around on the internet here are a couple of starting points.  Be sure and click them to look at the land.  An acre is quite different than a back yard.  All rural properties are completely individual.
Property Listings: 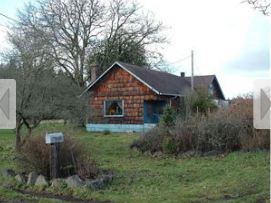 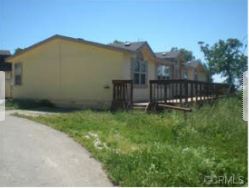 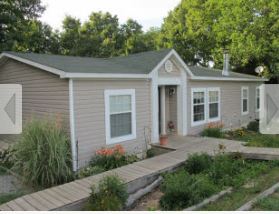 
Another thing to consider about moving to a rural area is income.  Many do not have any sources.  They are going through an economic downturn just like the cities.  Most people CANNOT make a living off of a farm of small size despite ideas, books, and dreams to the contrary.  So would might have the easiest transition to a rural life?


In summary I guess it would be accurate to say that it would NOT work for the AVERAGE person.  Though there is nothing wrong with being average most are very dependant on the regular paycheck which is not always available in small towns.  At one job I applied for the owner responded "No, no one has died lately" of course meaning that was the only way they had job openings.

If one is looking for cheap housing but doesn't want the fuss of a small farm small rural communities also provide a home that might fit the bill.  Use the website to find some in your desired area.

Book and Blog links you may enjoy:

Books on Self-Sufficiency on Amazon.  If you see a title that interests you check your local library for availability.
Posted by Carol Schultz at 7:32 PM