I have done my share of reading on the American Economic Crisis but no book was more intriguing than The Harbinger - The Ancient Mystery that holds the Secret of America's Future by Jonathan Cahn.

Who would think to pick up a book about the economy written by a Messianic Jewish rabbi?  The idea itself is interesting.  Below is a excerpt and link to his website where he has a congregation in the New York area: 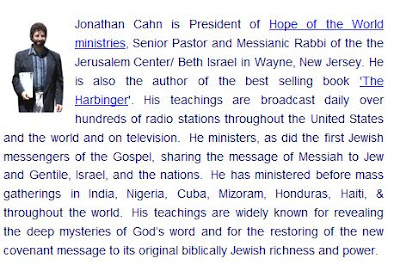 It was one of those books that I didn't want to put down once I got started.  I read until my eyes were tired and then picked it up in the morning.  The author tells the story of how the events first of 9/11 and then the fall of the stock market was the fulfillment of a specific, detailed, and accurate prophesy in the book of Isaiah in the Bible.  He further states that the events are a call to repentance of the nation of America for turning away from God.  The book has caught enough attention to be on the New York Times Best Seller list and has a 4.5 star rating in the Amazon charts.

One thing I appreciated about the book is that although the book was written in the format of a story  the author provided a number of footnotes to the events he spoke of that were easily verifiable using the google search engine.  I did just this as I was going along and was surprised.  The events speak of things in the past, present, and future of the country.

Yes, I highly recommend it.  I could give much more detail but it is one of those books best absorbed personally so I wouldn't want to spoil it for the reader.  Amazon does have numerous reviews but I found the back cover to be the hook for me.  Even if you decide that you don't agree, once you read it you will be thinking and talking about it.... 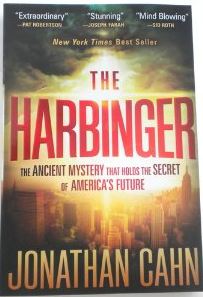