Remember that old t.v. show? Quite possibly you wouldn't since it ended in 1970.  It is funny how an old phrase can pop into ones mind after so many years. 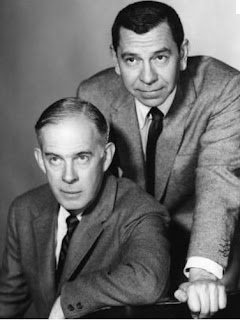 With election time just around the corner the words are flying.  In previous times we called it mud slinging but there is a newer expression that has pretty much replaced that one.  I have pretty much tuned it out at this point having made my own decision and knowing that most of what is reported is not objective by any means.

The following was posted by Charlotte Bergmann a congressional candidate from Memphis on FB. I commend her for siting statistics for her position.  This at least is a starting point.

Consider:
She stated "Every fifth (5) person you meet is on welfare...Every seventh (7) person you meet is on food stamps...Please vote on Thursday, Aug 2, empowering me to vote for you, policies which will stimulate prosperity and the spirit of commerce through the free market while putting this government on a fiscal DIET." 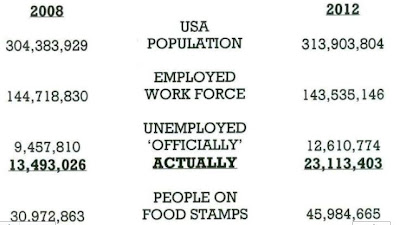 The numbers are staggering. I don't post this as a political statement but rather to raise awareness of how dependent we have become on govt and how much we are spending money that we don't have. Financial education and personal responsibility is what we need: Not long term private subsidies.
Of course statistics like this are used as fuel to supercharge any political debates whether the subject is the economy, state of the poor, or support of one's local candidate.  Either side can bend the twist to "prove" their own argument.  One could just as easily say "my, the economy is worse since President Obama took office", Or, "we still haven't overcome the downturn in the economy caused during the Bush Administration and have a long way to go".  People will believe either position that most represents their own opinion.  Possibly there is some truth in both scenarios.  A former boss used to tell me about statistics "Figures don't lie but liars can figure".  He was teaching me to make sure that my statistics were not only accurate but also representative of the entire picture to the best of my ability to not mislead.  People will draw any conclusions they want even when the numbers are seen in black and white.  Conclusions and facts are not necessarily the same or even in the same ball park.  One who is unemployed could look and this and be further discouraged and one who is employed can be glad that they are in the far greater majority of adults.
What troubles me more than the actual numbers is my own observations while living in a small community that was in fact in financial distress brought on by the cut back in the lumber industry.  However even with the real obstacle what I saw was that up to 50% of those receiving government benefits were committing fraud in some way.  The gnawing question of "when did it become okay for Americans to receive handouts for any more than an emergency temporary basis to get them back on their feet?"
In small towns people tend to know your business whether you publicize it or not not like the bigger cities where people can remain anonymous.  The three primary types of fraud I witnessed were:
1.  Lying about household members.  It was common practice for single mothers to obtain all possible benefits and having done so then moving in the baby father or boyfriend.  The male of the household often had income that was not reported or received the support and benefits from the women that they were not entitled to.
2.  Receiving unemployment benefits while not making a full effort at the job hunt.  The strategy was to run benefits down before doing a diligent search.
3.  Receiving what was called "under the table" income that was not reported.  Of the two above this was the one I tended to be more sympathetic towards because earning a few extra bucks to supplement what would be on the average of half of an income might be more necessary to maintain a roof over the head or food on the table.  Nonetheless it does violate the terms of receiving the benefit and therefore should not be allowed.
At one point I became so outraged about this, it was at the beginning of the economic decline, that I wrote letters to all local elected officials including the governor requesting audits on the systems. Guess I should not have been disappointed when I got no response.  Please do not assume that my post indicates an opposition to these programs.  I myself have need to avail of them in the past.  However, any person receiving them must realize and be conscious of the fact that it is only by the grace and expense of the American people that these programs are available and should in no way should be taken for over a minimum of time, without abuse, and covered with gratitude.  They are not a right they are a gift of grace whether our circumstances are due to unexpected actions or our own poor choices or management. Any use of these funds should therefore be limited and not a lifestyle.
If what I observed on a small scale was indictitive of what is going on statewide or nationally imagine the difference it would make to the numbers regardless of if one has allegiance to the Democrat, or Republican party, or  neither.
What if one of the candidates were to vow to do extensive audits with the objective of cutting all disbursements by a third or half based on the findings?
Oops.  I guess they would not get elected.  The old expression of "may the best man win" probably won't work in Washington D.C. because we all know that elections in large part have become popularity contests and one cannot be popular by ruffling peoples feathers, especially if you want their vote.
Posted by Carol Schultz at 4:00 PM

This whole topic is so frustrating, but particularly:

"1. Lying about household members. It was common practice for single mothers to obtain all possible benefits and having done so then moving in the baby father or boyfriend. The male of the household often had income that was not reported or received the support and benefits from the women that they were not entitled to."

My stepsons' birth mother did this for years. The state would go after her for child support for two children my husband had custody of, she would get "separated" from the baby daddy boyfriend of her third child, apply for cash assistance/welfare/food stamps, the state dept of revenue would say "she's on assistance, she can't pay child support", the request for hearing would be dismissed, by the time the state turned around and went after baby daddy boyfriend to pay the state back for the assistance she received for child number three, they would be "back together" and she would go off assistance and he would have to pay a minimal amount back to the state over the next couple of years, and then the state would pursue her for child support for her first two kids and the cycle would start all over again. Of course they lived together the entire time. Unbelievable! The whole system is so slow, the right hand doesn't know what the left hand is doing, and if you try to alert them to the fraud, the response is there is nothing they can do.

"Any use of these funds should therefore be limited and not a lifestyle."

Thanks for your comments. It is amazing the extremes people will go to to learn the loopholes and play them. I have seen it to and it is disgusting. I remember one family that would hit about 5 food banks a week and then sell or trade what they got.

I know people who hit food banks every week and then take the food back to Walmart, get money, and then buy cigarettes.

A man mows several lawns while on disability. He cannot work so gets a disability check, but works under the table.

I am on disability and just wish I could figure out a way to work and cut down on assistance! Not working and receiving a disability check is not good for self-esteem for someone who wants to work. I suppose it does not matter to cheaters and freeloaders.