And having food and raiment let us be therewith content.  I Timothy 6:8KJV

I can almost picture the pilgrims and those from all generations saying this as a prayer, a declaration, an admonishment, and a reminder.  I love the King James Translation not is spite of the strange and different wording but because of the eloquence and officialdom of the that somehow grabs my thoughts and makes me chew on it just a little longer like a savory bite of food. Sometimes I have to grab my dictionary just to look something up but even that seems like finding a hidden treasure.

But if we have food and clothing we will be content with that. NIV

I did not know contentment until I lost much.  What?  That does not seem to even make sense.  It was during the season of my own personal battle that I began an exercise that changed my thinking.  When I was without running water, heat, or an income I would conduct the following on a regular basis.

Write down 20 things you are thankful for.

At first this was difficult because I was so focused on what I used to have and now did not.  I would take my spiral notebook and pen and sit there and ponder.

My children -oh yes, I love them so much
Electricity - things would even be more difficult without lights, a frig, and a stove
The sunshine - that was nice too, bright, cheerful, not so cold today
Food - I did have some food 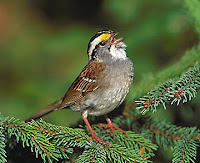 On and on I would write until I got my 20 things I was thankful for.  I did this almost daily for a time and then gradually did it less often.  The list would include everything from the fresh air, the cute birds, my favorite bathrobe, my friends and family, and even the good and bad experiences I had had in the past and expected I would have in the future.

An amazing thing eventually happened.  I became content.  That didn't mean that I did not still have big plans and ideas for the future and hopes for recovering some semblance of what I used to have, like running water, but I knew things were all okay.  I knew that even with little in the material sense I was okay, life was okay, and I was content.

I realized what a powerful thing contentment really is.  Not only is each day brighter but much of the anxiety goes away leaving behind a clear head not as easily swayed but panic, enticements, and that grouchy attitude that makes everyone want to clear the room when you arrive.

Contentment and Thankfulness.  What better ways to start this Thanksgiving week.
Posted by Carol Schultz at 10:00 PM