One of the most fun and fulfilling times I have had was raising peacocks, ornamental pheasants, and quail along with the chickens and ducks who were the basics of my beginning small business.

It started when I went to visit my brother more than 30 years prior at a place he lived in Oregon.  He had built his own cabin in the woods, bought a truck, and gotten a horse.  He lived among the timbers.  One of the most memorable sights of the trip was that he had gotten a peacock who roamed freely.  Never had I been so close to one and I was amazed at their beauty.

Little by little my love for birds grew and was kicked into high gear after a visit to small zoo in Honolulu and the museum that contained items from Princess Kaiulani who was  referred to as the Peacock Princess.  So much was her fascination with the birds that they roamed freely throughout the palace grounds and one of  her own dresses was designed and made from royal blue velvet with a bodice of feathers.  In line for the throne her story ended sadly when she died at age 23 of pneumonia. 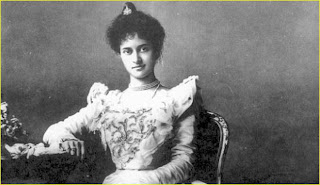 My own dream continued to grow with first a few chicks, there a chick, and everywhere a chick chick...

The population grew to between 200 - 500 birds and among them was more than a dozen peacocks who once decided to walk down the highway by our home raising the attention of all in the area. The housing was three buildings, brooders, a small incubator and then the leap to my 200 egg incubator.

The overall experience was definately one of the most fun and an opportunity to learn, meet people, be creative, plan, be adventurous, and finally after many mistakes actually begin to make a little money.

The beauty of small business is that it can be custom designed to the one running it and in line with their values, talents, and interests.  Resources abound for learning as long as one does not go faster than their own well rounded knowledge.  Whether one wants to indulge in a hobby or make some extra money the opportunities are as limitless as ones creativity.

Below are photos of some of the varieties I raised.  The males are shown as they are typically the more colorful:

Photos courtesy of google.
Posted by Carol Schultz at 7:00 PM

Oh my, that white peacock is ethereal looking. Is it a variety or a mutation? The pheasant are so colorful! I never knew.

I never realized you were that big into raising chickens and birds.

The Indian Peacock is the most common variety but there are also others - Black shoulder, white, black, etc. Yes, they are both varieties and mutations. Breeders seek to cross the pairs in order to promote the various colors. I was very fortunate to find a white pair.